A Career Dedicated to Irish Enterprise and Innovation 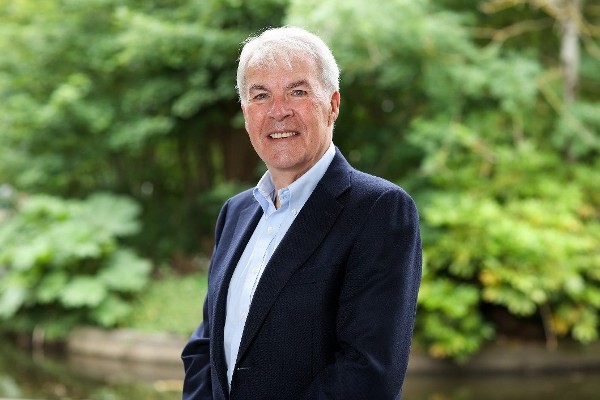 After over 25 years working with major ICT multinationals in Ireland and the US where he held senior positions at Nortel, Wang Laboratories, Stratus and Lucent Technologies, Eoin’s focus over the past decade has been on growing Irish firms and developing Ireland’s enterprise and science policy.

A graduate of UCC with a Bachelors and a Masters Degree in Engineering, Eoin is a fellow of Engineers Ireland and a fellow and former president of the Irish Academy of Engineers.

Throughout his career, Eoin made a significant contribution to research, innovation and science policy for Ireland. He was selected to chair the Enterprise Strategy Review Group who developed a strategic plan for enterprise in Ireland and published ‘Ahead of the Curve – Ireland’s place in the global economy’. Eoin was Chair of Forfas, Ireland’s national policy and advisory board for enterprise, trade, science, technology and innovation, and he also participated in the Technology Foresight exercise that led to formation of Science Foundation Ireland where he served on the inaugural Board.

“Under Eoin’s leadership as Chair of the Tyndall Board since 2014, the Institute has seen significant growth in both reputation and scale which has culminated in securing government funding for a major expansion, including a new 17,000m2 research facility planned for UCC’s North Mall campus. I would like congratulate Eoin and thank him for his many years of service to Tyndall.”

Dr France Anne Córdova, an award-winning astrophysicist and the youngest person ever to serve as NASA's Chief Scientist also received an Honorary Doctorate at the event.

Dr Córdova is a distinguished scientific, engineering, and education leader with over three decades of experience at universities and national labs. Her contributions to science in the domains of observational and experimental astrophysics, as well as multi-spectral studies on x-ray and gamma-ray sources and space-borne instruments, are outstanding.

She has served in both Democratic and Republican presidential administrations as the 14th Director of the National Science Foundation, as well as serving on business and non-profit boards. Dr Córdova is the current President of the Science Philanthropy Alliance, whose mission is to advance scientific discovery through visionary philanthropy.

Professor Sarah Culloty, Head of the College, Science, Engineering and Food Science at UCC, said both Eoin and Dr Córdova were worthy recipients of Honorary Doctorates in Science.

“Through advancing our knowledge of the universe, or driving innovation here on Earth, both France and Eoin are testament to the pivotal role science plays in our developing humanity. I can not think of two people more deserving of recognition for their service to science and society,” she said.

“This week sees our university bestow its highest honour on two very deserving recipients. On behalf of University College Cork I want to warmly welcome Dr Córdova to Ireland, her ancestral home, and to congratulate her on a lifetime of discovery. I want to thank Eoin O’Driscoll for his service to the Tyndall National Institute and commend him on his record in innovation.”