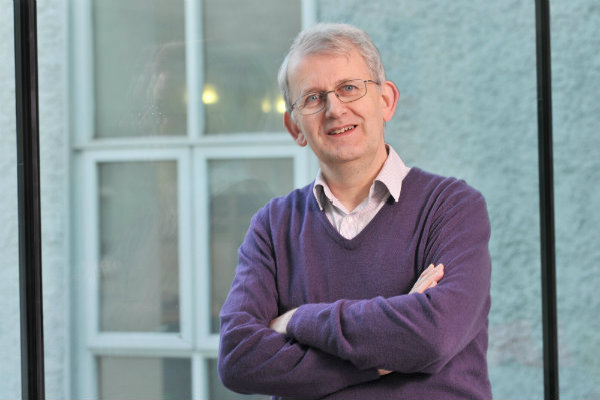 Eoin joined Tyndall in 2001, following the award of one of the first Principal Investigator grants by Science Foundation Ireland (SFI). He was appointed Chief Scientist at Tyndall in 2014, and has held a joint appointment with the Department of Physics in University College Cork since 2007. His research seeks to improve the fundamental understanding of photonic materials and devices, to enable the design of structures for new capabilities and applications. He was a co-recipient in 2014 of the Rank Prize for Optoelectronics for his pioneering work on strained-layer semiconductor lasers.

Since he joined Tyndall his group has had over 200 publications, has presented over 50 invited talks and their work has attracted a consistent level of interest from industry. Among his wider involvements, he is a member of the Council of the Royal Irish Academy, and is typically involved in the organisation of two-four conferences per year.

Eoin’s work has been widely recognised professionally, including election as a Member of the Royal Irish Academy (2010), as a Fellow of the Institute of Physics (1999) and of the Institution of Engineering and Technology (2005). He received the University College Cork Research Career Achievement Award in 2016.

His interim CEO role at Tyndall will take effect from January 1st 2018 until a permanent CEO is appointed through an international search process.