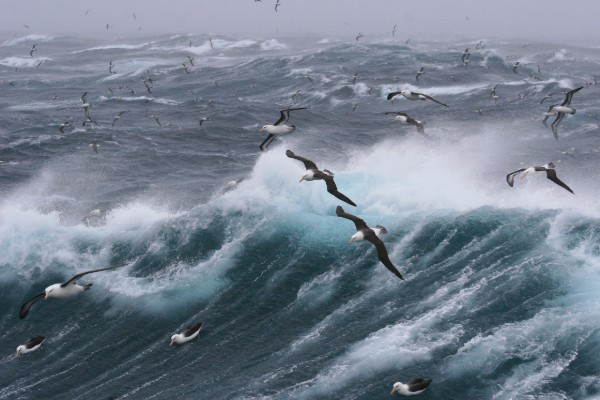 Serious climate change impact may still be far off for Ireland, but it is already a bitter reality for many small island nations. After finishing my doctoral work in New Zealand, I experienced this first-hand while working for a few months in 2017 in Vanuatu, an island nation in the South Pacific Ocean made up of small 83 islands that are of volcanic origin. Around 65 islands are inhabited and the total population is around 276,000. I worked as energy advisor at Vanuatu's Department of Energy through an intergovernmental organisation Global Green Growth Institute.

Although Vanuatu is one of the lowest greenhouse gas emitters in the world, it is one of the most vulnerable countries when it comes to the impacts of climate change. The frequency and intensity of natural disasters like cyclones, earthquakes and droughts in Vanuatu have increased in recent years. Between 1969 and 2010, Vanuatu has seen an average of two to three cyclones per season. The recent dreadful hit was Cyclone Pam in 2015, displacing almost 75,000 people and causing further incalculable damage to the economy.

Vanuatu people feel climate change happening and there is a fear of the unknown – or the known, I guess. The island's society and economy are highly vulnerable to climate change risks. More than 80% of the country’s population derive their livelihoods from weather sensitive industries like tourism, fisheries and agriculture. I also noticed that a large proportion of the population grow a lot of their own food, almost in a subsistence model.

With no social security and free education, the citizens of Vanuatu have minimal economic support when emergencies strike. Vanuatu is also well known for its tax-friendly regime, especially for offshore investors, while the locals can only aspire to employment at the very low-paid level. All of this makes the population more vulnerable.

Will island countries like Vanuatu be able to survive the impact on these industries if climate change causes increase in mean temperature, changes in rainfall patterns, and extreme weather events?

Annual and seasonal mean temperature have increased at a rate of 0.14-degree C per decade since 1948. As sea water warms, it extends causing the ocean level to rise. The melting of glaciers, ice sheets and ice shelves also contribute to the rising sea level. Sea level near Vanuatu has risen by about 6mm per year since 1993 which is larger than the global average of 2.8-3.6 mm per year.

A report recently released by the UN Human Rights Council states that "climate change will have devastating consequences for people in poverty. Even under the best-case scenario, hundreds of millions will face food insecurity, forced migration, disease, and death". In Vanuatu, I found people suffering with these very poverty issues – intermittently or chronically.

The effects of climate change are exacerbating this poverty further and many people are at risk of losing basic necessities like home, clean water and healthy food. This is also creating conflict, tensions and inequality within the society.

According to Asian Development Bank, nearly 3% of every 1,000 babies born in Vanuatu in 2017 will die before their fifth birthday. This is an example of the serious health impacts due to climate change. Heat-related illness, malnutrition, water-borne diseases, heart related sickness and mental health are reported as crucial risks in a study published by Environmental Health Perspectives. Children are experiencing an unfortunate burden on their health.  With frequent extreme weather events like Cyclone Pam, their education is also at stake since kids have nowhere to go to school for several months.

The increasing environmental, economic and social vulnerability is posing a major threat to the people in the Pacific island countries. People are trying to adapt to the changes but will be forced in future to displace because of major consequences. According to a report published by International Organisation for Migration, one in every 45 individuals on the planet will have been uprooted by climate change by 2050.

Another study by Oxfam reported that the most unfortunate portion of the total populace – 3.5 billion individuals out of 7.5 billion on the planet – produces only 10% of carbon emissions. There is a need for the international community to acknowledge the suffering of these most vulnerable countries and face up if large scale displacement occurs because of the disastrous impacts of climate change in the future.

I saw the multi-fold problem during my time on Vanuatu working on the low-carbon energy agenda. People were struggling with climate driven poverty. People want the solution now because they don’t know if they will be here tomorrow. They wanted to protect their "today" first to protect their "tomorrow".

Talking about low-carbon energy solution to reduce the impact of climate change was not that attractive to many as they were unsure if they can see the benefit in their own generation. There is also a language barrier exists between the scientific community and the public which needs to be addressed to reach a common understanding of what "low-carbon society" means.

Based on my personal experience of speaking to the local citizens, I sensed a strong desire to work towards creating a safer planet for the next generation. But the questions which were coming from everyone and every time were:

Can we reduce the intensity, frequency and impact of natural disaster now?

Can we have clean water, nutritious food and better health now?

Can we do something now to protect ourselves now?

We need to answer these questions.