The III-Nitride Materials and Devices group started with the arrival of Peter Parbrook, who was appointed to a Stokes Professorship at Tyndall, in association with the Department of Electronic and Electrical Engineering at University College Cork.  The position is sponsored for the first five years by Science Foundation Ireland. Professor Parbrook arrived in April 2009 and has over the months built up a team of dedicated scientists; Vitaly Zubialevich and Dinh Van Duc (postdoctoral research assistants), Zhiheng Quan, Shahab Norouzian andPietro Pampili (PhD postgraduate researchers).

Our interests are in the preparation and use of gallium nitride and its related materials for optoelectronic and electronic device applications. The material is “grown” as a crystal in thin layers on a substrate.  The thickness of the layers can be controlled at the atomic scale, and the reactor allows precise control of the composition and doping of the layers in order to create the devices with the desired properties. The reactor can be seen among the pictures to the right; however, the bulk of the machine is made up of the plumbing that controls the flow of the Group III and Group V reaction precursors.

In particular we wish to develop high brightness ultraviolet emitters operating at wavelengths between around 240 and 340 nm for biotechnology applications, and for germicidal sources. These are very challenging to produce as the short wavelength of the light corresponds to high photon energies, meaning that materials that might traditionally be considered electrical insulators have to be encouraged to conduct electricity and emit light.

In addition to optoelectronic applications the same materials can be used to form transistors that allow operation with high power densities, and or with high frequencies. These have application for power electronics, to control electrical machines, or potentially to make compact power supplies for electronic devices. High frequencies are required for communication systems, for example in the base stations for mobile phone networks.

Once a structure has been grown, it can be characterized structurally and electronically using a variety of methods, some of which are described below

X-ray diffraction, the equipment for which is pictured to the left, takes advanatage of Bragg's law by reflecting X-rays off the crystallographic planes intrinsic in the structure that requires characterization. Measuring the reflections gives information on the thickness and composition of the desired layer when compared with a simulation using the software on the depicted computer. 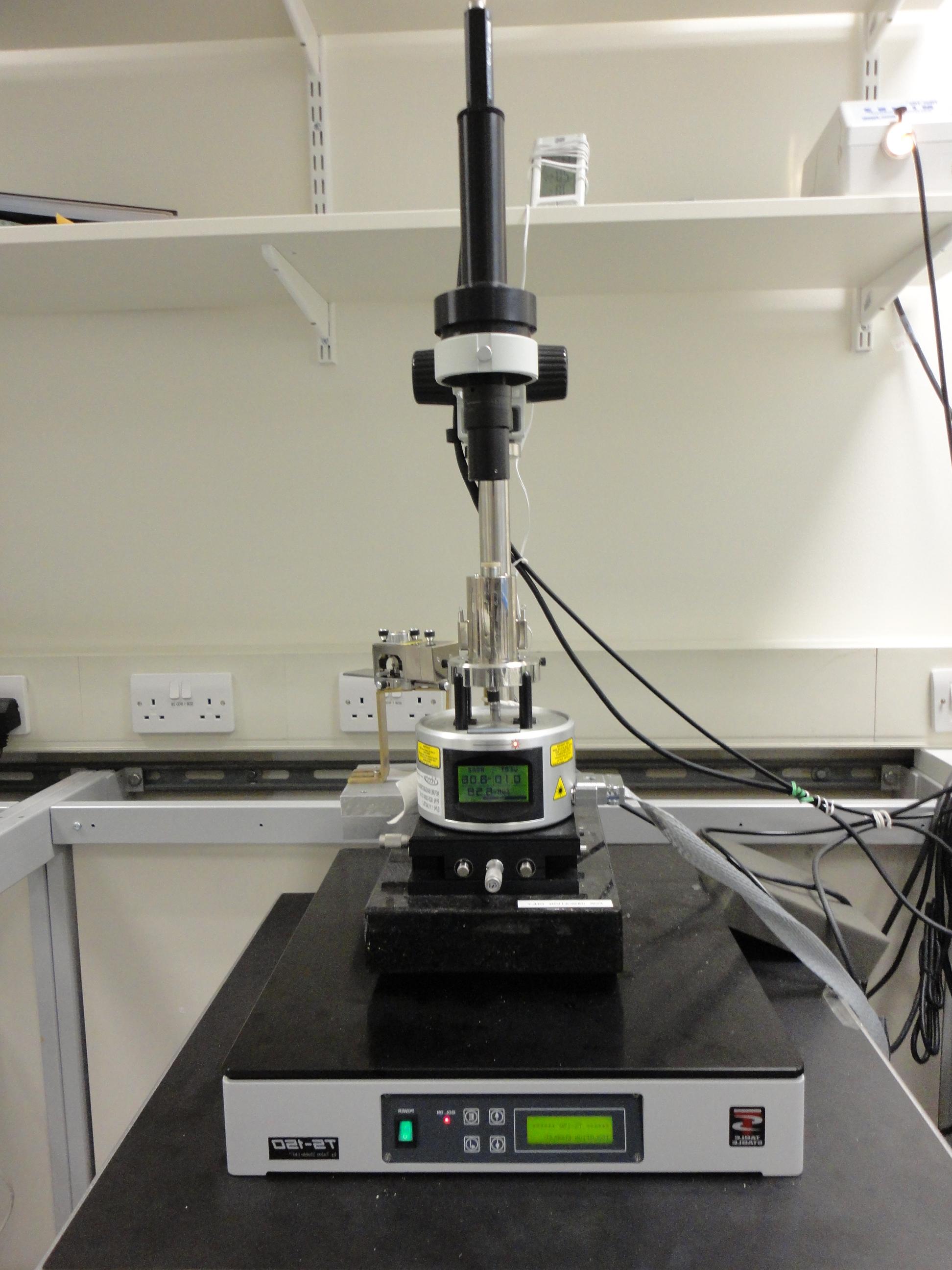 Atomic Force Microscopy uses a laser reflecting off the back of a cantilever which is moved across the surface of a sample to produce images which a depth resolution down to that of the atoms themselves; as such it is a vital tool for determining the surface roughness off a sample, a parameter which can be crucial if the material is to be further developed into an optical or electronic device. 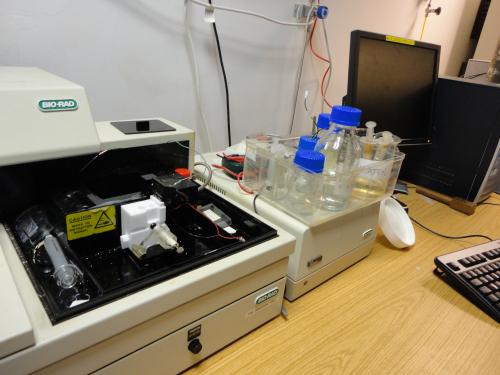 Capacitance-Voltage profiling is a tool used for determining the amount and location of charge carriers in a semiconductor material. The set-up at Tyndall uses and electrolyte to form a rectifying junction with the semiconductor, which creates a depletion region. The capacitance-voltage relationship of this reason is then analysed and the number density and depth profile of the charge carriers is extracted. 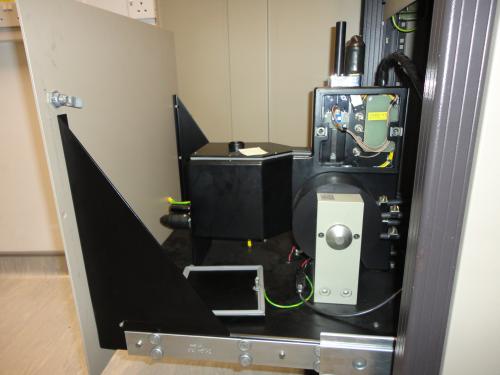 The Hall effect, used to determine the sheet resistance, carrier concentration and mobility of materials is exploited in this machine, which uses the Van Der Pauw configuration, known to characterise any two-dimensional material. The sprogram used to analyse the data was developed at Tyndall. 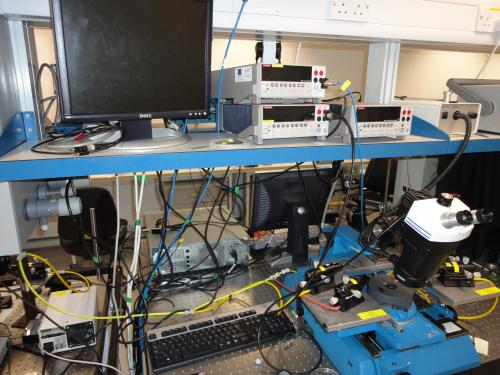 Equipment is also on hand for taking quick I-V (current-voltage) plots of structures (provided of course suitable contacts have been made). This same equipment can also be used to do Transmission Line Measurements (TLM), used to measure the sheet- and contact-resistance of an electronic device, which can then be later optimized using growth or fabrication techniques. 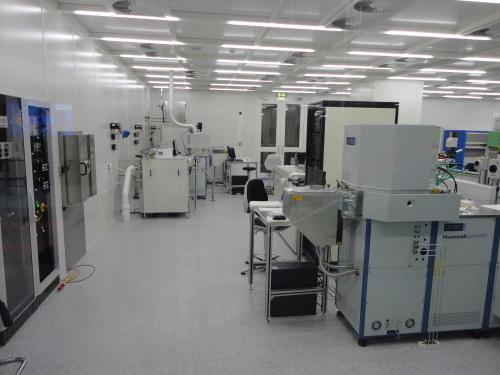 Tyndall has state of the art fabrication facilities for III-V device processing, which is of course fully available to the III-Nitride Materials and Devices group at any time. This showcases the nitride group's work, from growth to fabrication. The III-Nitride group collaborates closely with the III-V devices group led by Brian Corbett. It also has strong links with the Photonics Theory Group of Professor Eoin O’Reilly.