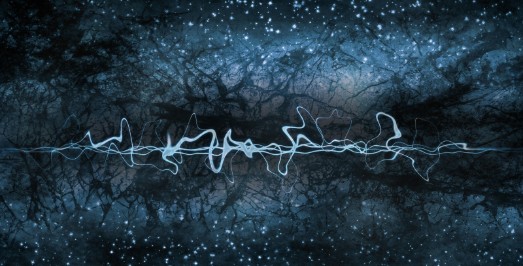 The quantum world is very weird. So weird, in fact, that even Einstein could not accept it. In a seminal paper prominent physicists Einstein, Podolsky and Rosen discussed a thought experiment, commonly known as the EPR paradox. They argued the incompleteness of quantum mechanics because it would predict non-local interactions as demonstrated by quantum entanglement. Non-local meaning there exist interactions between events that are too far apart in space and too close together in time for the events to be connected even by signals moving at the speed of light.

John Bell, a brilliant Belfast scientist, was instrumental at giving us the tools to uncover the quantum weirdness and its interpretation. Bell’s theorem, also known as Bell’s inequalities, expresses in a form of inequalities the conditions that need to be satisfied by quantum theory for our world to be non-local. Bell's theorem was published in 1964 (ironically just a year before another great scientist, R. Feynman, pronounced one of his famous quotes "I think I can safely say that nobody understands quantum mechanics"), confirming in quantum mechanics what Einstein had labelled as unrealistic. Nevertheless, in one of his contributions Bell wrote: “I agree with them […]about that: ORDINARY QUANTUM MECHANICS (as far as I know) IS JUST FINE FOR ALL PRACTICAL PURPOSES”, Bell, J (1990), Against Measurement, Physics World , Available at https://m.tau.ac.il/~quantum/Vaidman/IQM/BellAM.pdf

His theoretical apparatus has provided the justification of quantum entanglement. Bell’s inequalities have been experimentally verified numerous times since their inception.

What are the implications here for Quantum Technologies? The implications are that we can exploit these counterintuitive non-local interactions and possibly build a “machine” capable of performing much faster calculations than current computers will ever be able to do.

Can we make it? This is what a large part of the technological and scientific community is investigating.