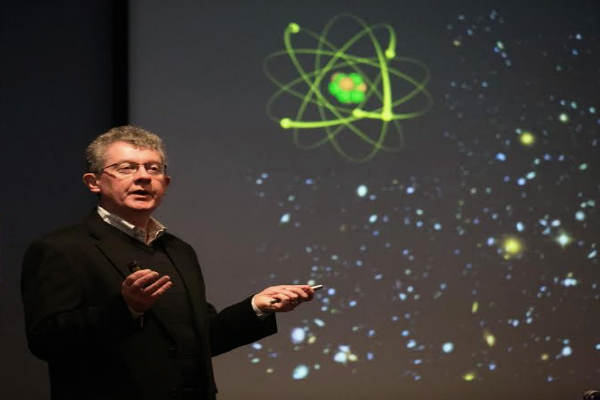 Renowned scientist, J. C. Séamus Davis, has discovered a breakthrough on the path towards room temperature superconductivity. Based in Cornell University, New York, Davis is originally from Cork and was on sabbatical at Tyndall and UCC while coordinating and writing his research which was published in Science.

Superconductors are materials that conduct electricity and electron information in a perfectly loss less fashion. Room temperature superconductors would dramatically improve the power efficiency of electrical power networks worldwide and improve the efficiency of solar and wind farms to transmit their energy with no loss. They would amplify our ability to send more power into built-up areas without digging up all the streets etc. They would revolutionize IT, because laptops, tablets, iPads and so on would use little or no energy and furthermore would be 1,000 to 10,000 times faster than at present. Room temperature superconductors will also be very important for high-energy physics, fundamental science, medicine and future forms of transport.

There are two classes of materials in which high temperature superconductivity is found. One is based on copper-oxide (CuO2) and the other on iron selenide or iron arsenide (FeSe). In copper-based materials, the starting phase is a correlated insulator while, in iron-based materials, it is generally a metal. This has confused theoretical physicists for years because one would expect the starting point for such a profound phenomenon to be the same, and certainly not as different as insulator and conductor.

However, theory indicated one possible explanation for this conundrum. It is that the iron-based materials could actually be hidden correlated insulators in which some electrons are metallic but some are insulating. This is called an orbital selective Mott phase (OSMP) - a state never before detected. A key signature of an OSMP would be orbital selective electron pairing in which electrons of a specific atomic orbital form the electron pairs of the superconductor.

Davis explained his work in an interview with the Irish Times.