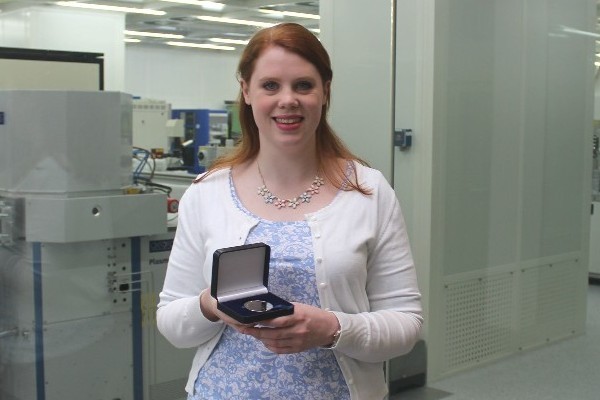 PhD student Niamh Kavanagh competed against five other finalists who gave short presentations in the postgraduate poster competition during the day-long event in Belfast. After her presentation on “Opening a new transmission window for telecommunications” was judged the best, the IOP’s chief executive, Professor Paul Hardaker, presented her prize at an evening reception and dinner.

The day also included talks on the search for gravitational waves, by Professor Mike Cruise of the University of Birmingham; the observation of quantum effects on a macroscopic scale by Professor Mauro Paternostro of Queen’s University Belfast; and general relativity and the big bang by Dr Cormac O’Raifeartaigh of Waterford Institute of Technology.

This year’s event coincided with the NI Science Festival, which was celebrated in February at more than 25 venues, the majority of them in and around Belfast. The IOP in Ireland’s contribution to the festival has included physics busking in St George’s Market, Belfast, and a “Physics in the Afternoon” event for schoolchildren at key stages 3 and 4 at the Ulster Museum.