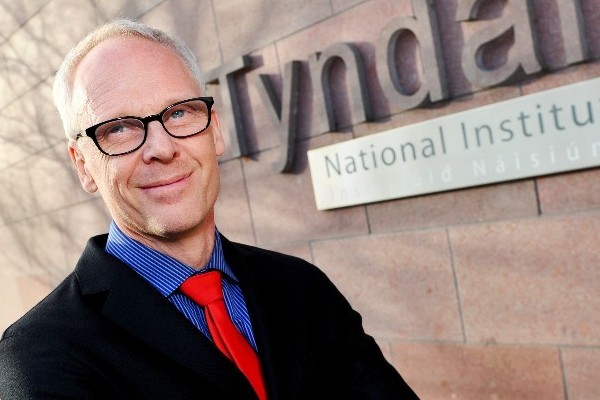 Stefan Andersson-Engels is one of the 73 new Fellows of the Society selected by SPIE  this year, to recognize the significant scientific and technical contributions of each in the multidisciplinary fields of optics, photonics, and imaging. SPIE Fellows are honored for their technical achievements and for their service to the general optics community and to SPIE in particular. More than 1,300 SPIE members have become Fellows since the Society’s inception in 1955.

The annual recognition of Fellows provides an opportunity for SPIE to acknowledge Members for their outstanding technical contributions and service to SPIE.

Andersson-Engels’ research has spanned theoretical and fundamental aspects, engineering concerns, and translational research with clinical studies. As a member of pioneering groups, he helped develop laser-induced fluorescence spectroscopy and imaging for tissue diagnostics, which launched the concept of multicolor fluorescence imaging. At Lund University SAE, he was part of the successful team pioneering ALA-induced photodynamic therapy (PDT). His interests in light transport led to conceptual papers in photon time-of-flight spectroscopy. His research into dosimetry models for interstitial PDT of prostate cancer established techniques that are now widely used in the biomedical optics community. By combining biomedical optics and gas spectroscopy, he contributed to the development of a technique to measure gas contents in highly scattering media.

His extensive service to the optics community includes serving from 2008-2014 as deputy director of the Division of Atomic Physics at Lund University. He helped organize an international summer school that has earned a significant reputation in the field. He has been an active member of the Optical Society of America and an advisor to the Royal Academy of Science, Stockholm, Sweden. He has served as an editorial board member and topical editor for multiple journals as well as an invited and plenary lecturer for many conferences and schools.

He has given exemplary service to SPIE, serving as an associate editor and special section guest editor for the Journal of Biomedical Optics. He has organized various SPIE conferences, primarily in Europe, and acted as a traveling lecturer for the Society. He has attended SPIE conferences since 1994 and has sent many researchers to present papers at these conferences since then.

Among his honors and awards are “Lindbomska belöningen” from the Royal Academy of Sciences in Stockholm, Sweden, the SKAPA Innovation Prize, and the Erna Ebelings Prize from the Swedish Society for Medical Engineering and Medical Physics. He is a Fellow of the Optical Society of America and an elected member of the Royal Physiographic Society of Lund.

Now, appointed as Professor of Biophotonics at University College Cork, Ireland and Head of the newly-established Biophotonics Group at the Science Foundation Ireland Irish Photonic Integration Research Centre (IPIC) based at Tyndall National Institute, Stefan is leading  a new biophotonics research programme through an investment of €6 million under a Science Foundation Ireland Research Professorship Programme appointment, representing  a significant investment in strengthening Ireland’s research capabilities in biophotonics and further enhancing Ireland’s reputation as a global hub for the medical devices industry.