The International Energy Research Centre (IERC) is at the forefront of a revolutionary €8.6m EU heating research project known as MiniStor. 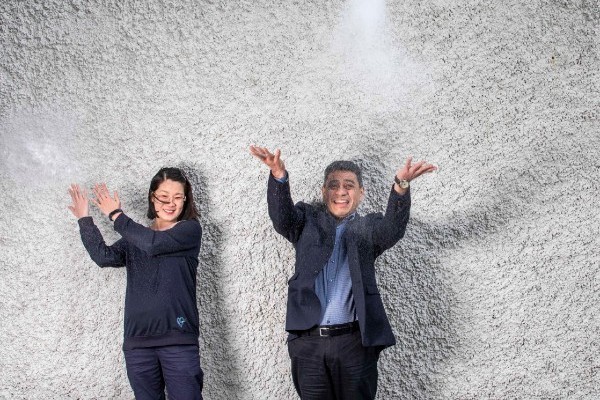 Homeowners could save thousands with new salt heating system

Consumers could save thousands on their home heating bills while helping the environment thanks to a revolutionary new heating project being led by the International Energy Research Centre (IERC), at Tyndall National Institute.

The IERC is leading the MiniStor project, which involves 17 other research facilities, businesses, non-profits and local authorities across Europe. The project is being funded under the EU Horizon 2020 programme.

The €8.6m MiniStor project, which began this month, will use salts for heat storage - a potential heating solution that has not previously been widely explored.

For the home user, the system could reduce energy consumption by 44%, and pays for itself within seven years. For the environment, if implemented widely, it could help reduce close to 3,396 tons CO2-equivalent per year.

Dr Ochoa said: “There is the need to reduce greenhouse emissions and increase use of renewable energy. One way to do it is by storing thermal and electrical energy generated by renewable energy sources and use it when needed for either heating or cooling. Although it could be done through water-based systems, their capacity is limited.”

MiniStor proposes to develop a compact thermal storage system for the home, which is expected to have a capacity 10.6 times higher than the more conventional water-based systems.

Director of the IERC, Prof Tony Day said: “It is based on special salts and waxes. The heat will be sourced from the sun, collected using a hybrid photovoltaic thermal panel (PVT) and stored in the new salt heating system . The stored heat energy can be released for use when required. Excess electricity also from the sun can be stored in a battery and sold to the grid or used later.”

The system operation will be managed by a Home Energy Management System (HEMS) designed by MiniStor.

Dr Ochoa said homeowners would be big winners through the project’s success.

“They will benefit directly from lower heating and cooling bills, the ability to store heat generated by the sun, and the ability to store electrical energy and probably also get paid for it in European countries where this is permitted. It will also allow their homes to become “smart” through the HEMS,” he said.

Prof Day said: “For now we estimate a starting cost of €9,850 but it can pay for itself in seven years with relatively low maintenance. This is fast compared to other high-end solutions using renewable energy, that need subsidies to make them competitive. So, for less than the price of a petrol-fuelled car, consumers will be saving on their electricity and heating bills, and making a significant impact on reducing greenhouse gases.”

The project, which is expected to take around four and a half years to come to fruition, will be trialled in four homes in Ireland, France, Greece, and Hungary from social and private housing.