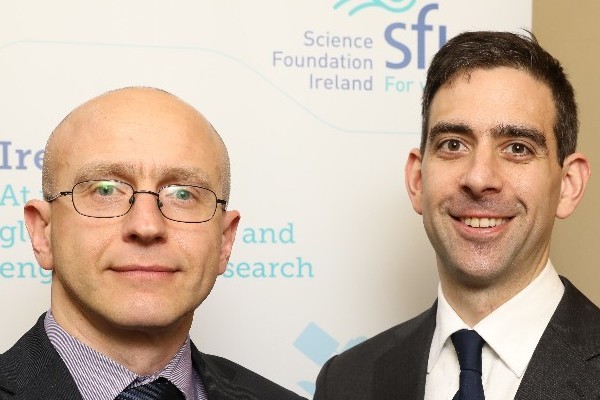 Minister of State for Training, Skills and Innovation, John Halligan TD, recently announced an investment of €13.7 million in funding for 22 early career researchers. The awards will be funded through Science Foundation Ireland’s Career Development Award Programme, which supports Ireland’s research talent pipeline by funding excellent researchers still in the early stages of their scientific career. Two of this year’s awards are co-funded with Sustainable Energy Authority Ireland.  The awards will contribute to the advancing research in areas such as energy, materials, environment, technology, and health.

Announcing the awards, Minister of State for Training, Skills and Innovation, John Halligan TD said, “The awards announced today demonstrate the impressive cutting-edge research taking place in the universities across Ireland. The Science Foundation Ireland’s Career Development Awardees are the future leaders of research and innovation in Ireland. Through their promising work, they will continue to shape our research community, and generate positive impacts at a national and global scale. I believe that the important projects receiving funding today will advance Ireland’s economy and society, and further solidify its reputation as a world-leader in scientific advancements.”

The Tyndall research projects funded are:

Commenting on the awards Professor Mark Ferguson, Director General of Science Foundation Ireland and Chief Scientific Adviser to the Government of Ireland, stated, “Science Foundation Ireland supports researchers at every stage of their careers. The Career Development Awards are a superb reflection of our investment in early-career researchers who display great potential and lead projects of major impact. This Programme helps those researchers develop the skills and experience necessary to lead Ireland’s future research in areas such as health, energy, materials and technology. The projects have been selected following a rigorous competitive international merit review process.  I look forward to witnessing the positive impacts that these projects will have for Ireland and wish each awardee every success in their continued scientific research and careers.”

The SFI Career Development Award (CDA) Programme supports excellent investigators in the earlier stages of their research career who are already in an independent academic research position. The award allows researchers to expand their research activities by providing funding to procure required equipment or consumable materials. During the four-year duration of the award, the award can be used to support other researchers by allowing the creation or expansion of a research team to perform novel research.

Science Foundation Ireland funds oriented basic and applied research in the areas of science, technology, engineering, and mathematics (STEM) which promotes and assists the development and competitiveness of industry, enterprise and employment in Ireland. The Foundation also promotes and supports the study of and engagement with STEM and promotes an awareness and understanding of the value of STEM to society and, in particular, to the growth of the economy.

Science Foundation Ireland has launched the #BelieveInScience campaign to promote the potential that science and discovery offer Ireland, today and in tomorrow’s world. The #BelieveInScience campaign will see Science Foundation Ireland work in partnership with the Irish research community to share a mutual passion for science with the public; to promote an understanding of the ability of science, technology, engineering and maths (STEM) to create positive change in the world and to drive a sustainable economy in Ireland.