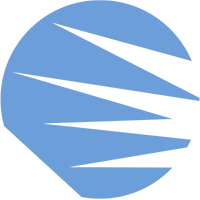 Tuhin received his Bachelors degree in Physics from University of Calcutta, India in 2007. Then he proceeded to pursue a course of study towards Masters Degree in Physics. In 2009 he completed his two-year degree program and was awarded Masters in Science degree in Physics by University of Pune, India. During his Master’s program he joined National Chemical Laboratory (NCL), Pune, India (from May’2008 to Jun’2009) to do a research project in nanophysics where he designed and developed a system using various techniques for precise impedance measurement. After a successful completion of his Master’s program he joined NCL to continue his project and gave a successful end. In February’2010 he moved to Germany and joined the Division of Superconductivity and Magnetism, Department of Experimental Physics of Leipzig University, Leipzig as a scientific co-worker. After gaining experience in the field of magnetism, he then decided to undertake a course towards a PhD in Physics and joined Tyndall National Institute, Cork, Ireland in February’2011.

[SQUID Magnetometer] Tuhin has a strong interest about the electric and magnetic properties of various permalloy and oxide materials. He is interested in the basic properties as well as the device application of the materials. As an experimentalist he uses various instruments like Pulse Laser Deposition System, Micromanipulator, Vacuum Deposition System, SQUIDE, Impedance Analyzer, Network Analyser, Atomic Force Microscopy (Veeco), SEM, Ellipsometry (J.A.Woolom Co. Inc.), etc. to prepare and characterise various materials. He has backgrounds of LabVIEW and OOMMF. He likes to know about new instruments and learn new programmes related to his research.