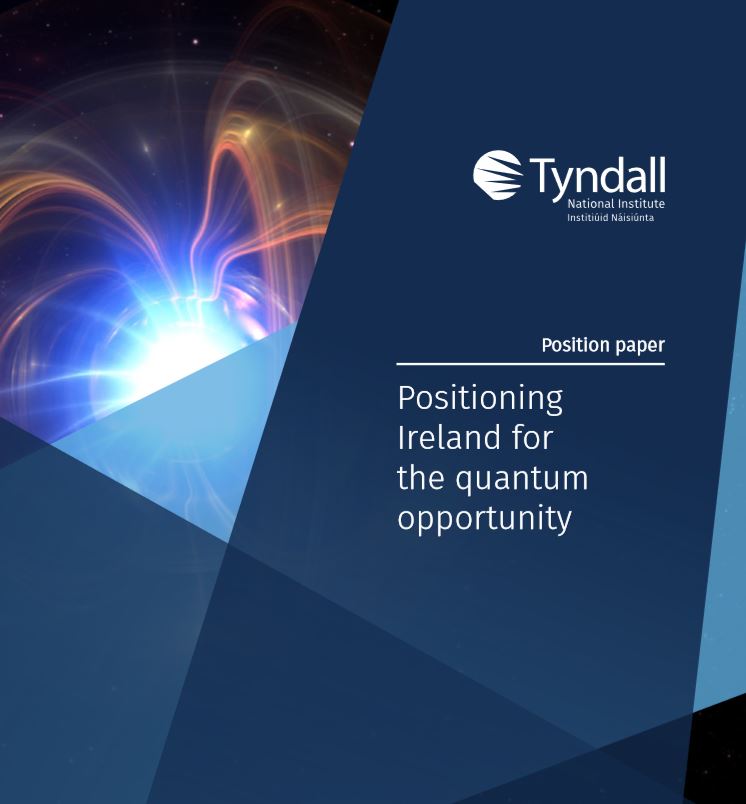 Ireland could become a world leader in the multi-billion Quantum Technologies emerging market if a national centre and programme is established.

Tyndall researchers have concluded that despite a slow start, Ireland is still in a unique position to become internationally competitive in the burgeoning field, which some analysts have claimed could be worth trillions by 2030.

Quantum Technologies derive from applications of quantum theory and will revolutionise the way we live in the future, significantly improving the efficiency of everything from medical devices to phones to the internet of things by harnessing the principles of quantum physics.

Tyndall is already embarking on the quantum journey by investing in people and infrastructure for Quantum Technologies with the support of Project Ireland 2040. But there is much more to be done to build dedicated facilities for the establishment of a National Quantum Institute.

To prepare Ireland for the quantum opportunity, Tyndall and its partners see the opportunity to:

Download this Tyndall Paper to learn more about this quantum opportunity and how Ireland is in a unique position to become internationally competitive in the area of Quantum Technologies.

Building on the success of this position paper, Tyndall is taking a milestone step that will guide Ireland towards becoming the best place in the world to realise quantum computer engineering technologies,

systems and applications. Through deep-tech research and our ability to work from Atoms to Systems  we are now establishing our Quantum Computer Engineering Centre (QCEC) to realise the revolutionary potential of quantum science, connecting the theory to engineering.