78 million batteries will be dumped every day by 2025

“We need to develop green technology to enable the deployment of green solutions to power IoT,” Mike Hayes, Tyndall

78 million batteries will be dumped worldwide every day by 2025 if we do not improve the life span for powering Internet of Things (IoT) devices, according to EnABLES, an EU funded European Research Infrastructure project coordinated by Tyndall National Institute at UCC, which was established to explore sustainable ways to extend the battery life for IoT.

The group is calling on the EU and industry leaders to think about battery life from the outset to ensure batteries outlive the devices they power. This will help tackle the issue of e-waste and guarantee safer more reliable power sources for devices where batteries are not easily changed, such as medical technologies, implantable devices and technology in harsh and difficult to reach environments.

Key recommendations were outlined in a new Position Paper which was released today to coincide with the recent launch of the Horizon Europe work plan, the EU’s €95.5 billion funding programme for research and innovation to tackle climate change and boost the EU’s competitiveness and growth.

The report emphasises the need to not only increase the energy supplied by batteries, so they last longer, but to also reduce the amount of power the devices consume. It also recommends harvesting and the use of ambient energies such as heat, light and movement to further extend battery life.

Currently it is estimated that by 2025, there will be 1 trillion IoT devices in the world – smart objects and automated systems that gather information, communicate with each other, and analyse data - such as sensors, smart phones, wearable devices and heating control systems. Many of these devices enable a more sustainable, efficient, organised, safe and connected world, but the benefits they provide come at a price.

Typically, IoT devices have an operational life of more than 10 years but they are powered by batteries with life spans of less than two years, thereby requiring multiple battery replacements during their operational lifetime. This means that 130 million batteries will be both manufactured and disposed of every single day by 2025. This will cause major environmental and economic problems, as it is estimated that less than 40% of IoT device batteries are currently recycled. 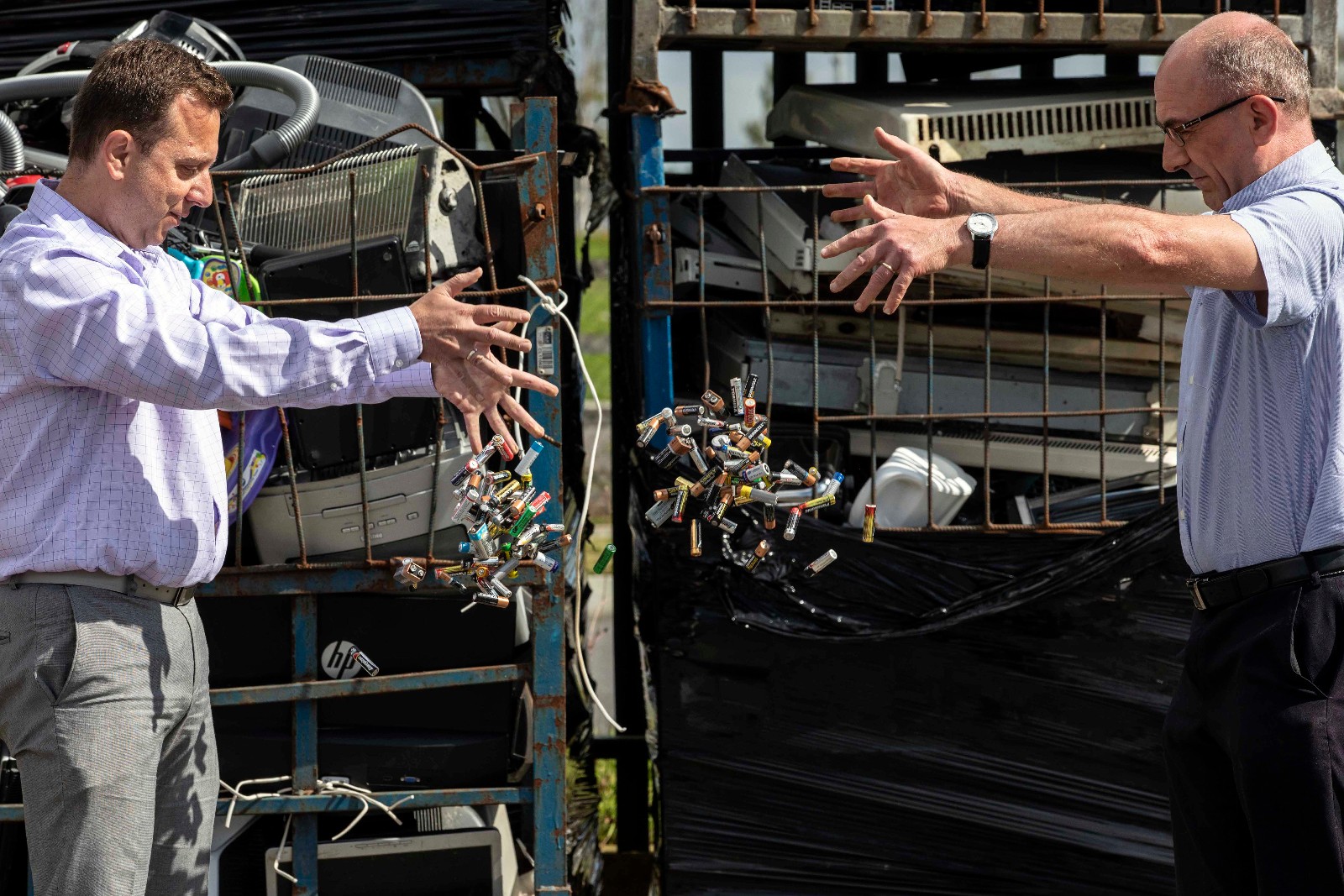 Mr Mike Hayes, EnABLES project coordinator and Head of ICT for Energy Efficiency at Tyndall, said there is now an urgent need to make IoT batteries more sustainable so they can outlive the devices they power.

“IoT has the potential to address some of the world’s most urgent challenges, from tackling the climate emergency to caring for the health of our population. However, to really benefit society, scientific and technological innovations are needed in the medium and long term to address the gap in powering the increasing number of IoT devices.”

The aim is to ultimately deliver ‘power autonomy’ with batteries sustainably recharging themselves which would help achieve the European Green Deal target of carbon neutrality by 2050. Mr Hayes and his colleagues at Tyndall are working with partners across the EU to foster and guide key ‘power IoT’ advances to harvest tiny ambient energies such as light, heat and vibration and converting them to electricity, whilst minimising energy consumption by the sensors. For example, a solar panel half the size of a credit card could power a temperature and humidity sensor in an office indefinitely.

While Tyndall and their partners are already working on initiatives to solve the ‘Power IoT Challenge’, Mr Hayes said that working in isolation to develop new technologies is not enough and that a “collaborative ecosystem” across the EU and industry is required to solve the problem. In addition, the challenge of powering IoT devices has meant that there are many underdeveloped IoT applications in areas such as medical technologies, implantable devices and installations in harsh environments, due to the challenge and importance of maintaining a reliable power source throughout the device lifetime.

“Thanks to the EnABLES European Research Infrastructure and its partners, the European Union has already a well-established scientific and technological leadership position in this area. Overcoming the Power IoT challenge will unlock the IoT potential to contribute to the objectives of the European Green Deal and bring huge economic and societal benefits. IoT can provide green solutions but it needs to be environmentally more sustainable. EnABLES is all about opening up the labs and expertise here at Tyndall and at our partners’ sites to carry out feasibility studies on power IoT technology free of charge. The EnABLES Paper recommends additional actions to maintain easy and efficient access to the scientific expertise, state-of-the-art facilities and the technology platforms that are already available. To maintain the strategic advantage in Europe and the momentum already created by EnABLES, it is necessary to create a sustainable power IoT infrastructure in the longer term.”

Referencing the Circular Economy plan, Mr Hayes said ‘We must move away from the age-old model of taking from the ground to make products, which we then use and throw away. We need to revolutionise the way we design, make, use and get rid of things. This means we need to think about battery life from the outset, in the early stages of product design. We need to advise key stakeholders and the general public on the implications of battery consumption based on the choices they make, and we need to work together with industry to identify potential for reducing power consumption and requirement.

Ireland, and Europe, has the opportunity to lead in developing the future technology to overcome the challenge of powering IoT sustainably but it needs to be done collaboratively and across disciplines as we demonstrated with EnABLES.’