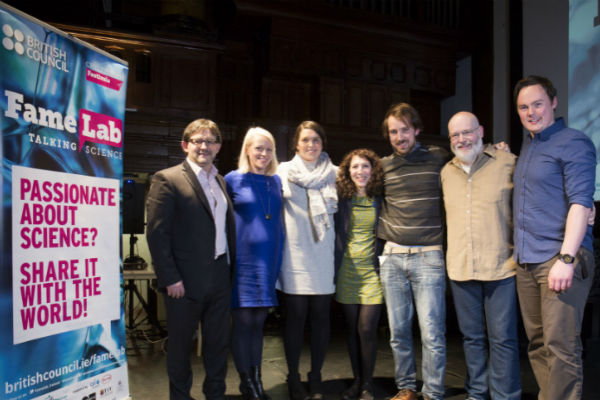 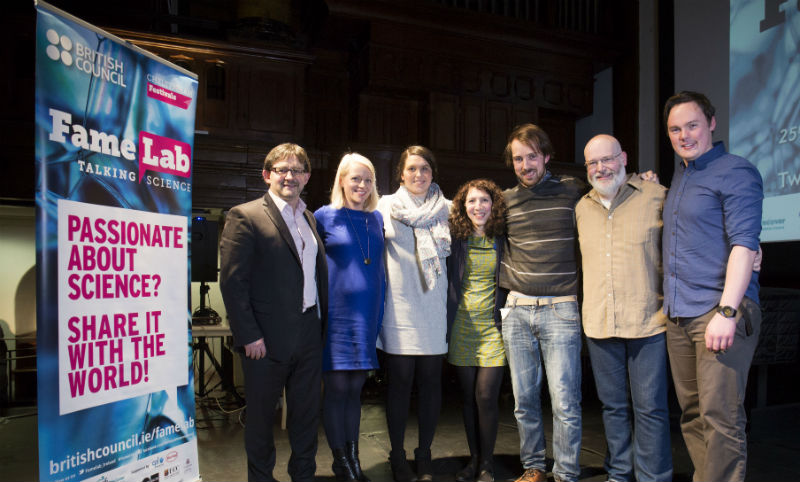 The regional heat of the world’s largest science communication competition – FameLab was held in Cork in the Triskel Arts Centre on Wednesday 25 January 2017.

The competition allowed contestants just 3 minutes to communicate a quirky scientific story or theory on stage in front of a live audience, and a panel of judges.

From these heats Tyndall’s Teaching & Outreach Specialist Will Knott made it through to the National finals.

Will’s talk was on how a planet was discovered and destroyed due to the difference between Newtonian Physics and Einstein’s General Relativity; and also how the scientific method and how it corrects itself.

Will Knott will compete at the National finals in Dublin on April 13. Hopefully after a talk on people destroying a planet, I might be able to couple it with a talk on saving one.

Famelab Cork is a partnership between Tyndall National Institute, the APC Microbiome Institute, INFANT, IPIC and MaREI. Famelab is organised by the British Council in Ireland, with generous support from Science Foundation Ireland Discover, CPL and Henkel.

Will’s talk on “how he destroyed a planet” can be viewed below.